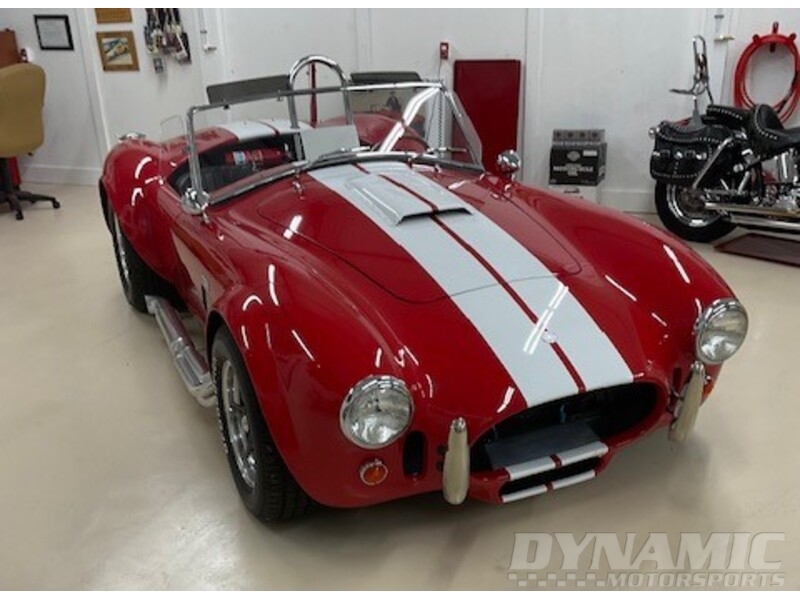 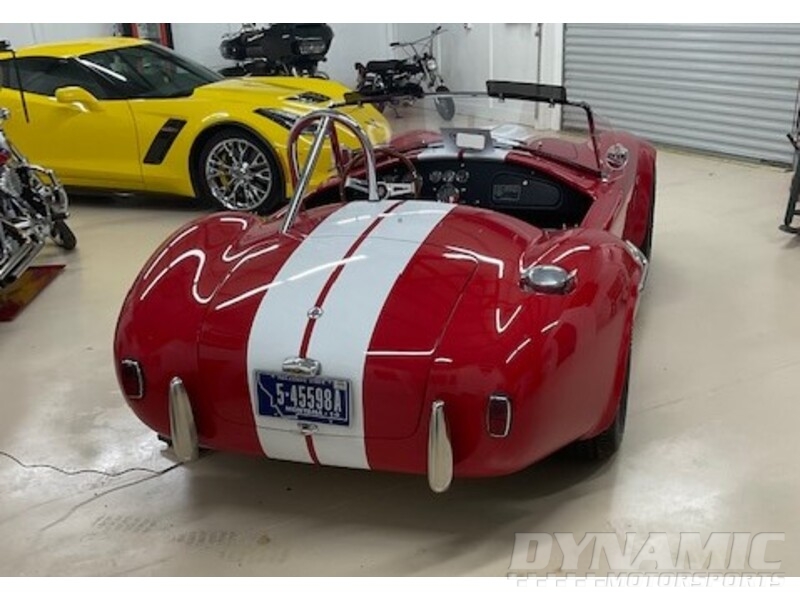 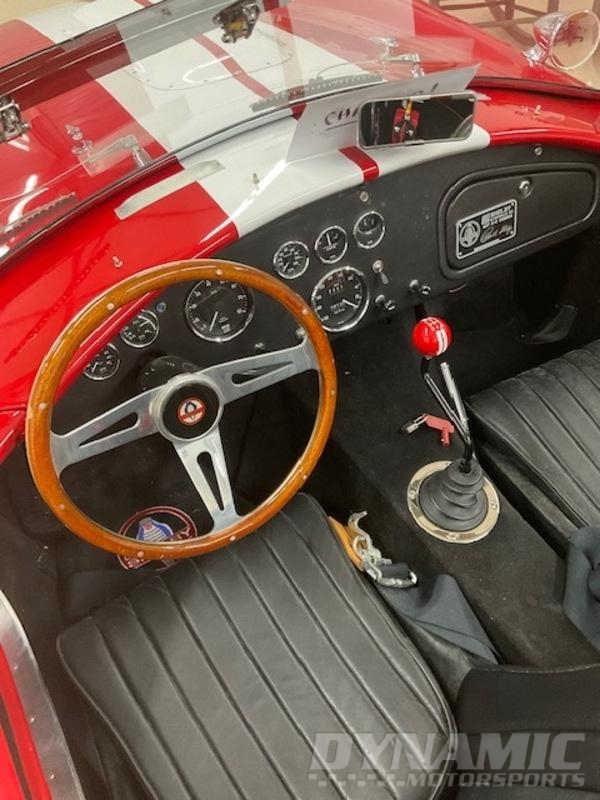 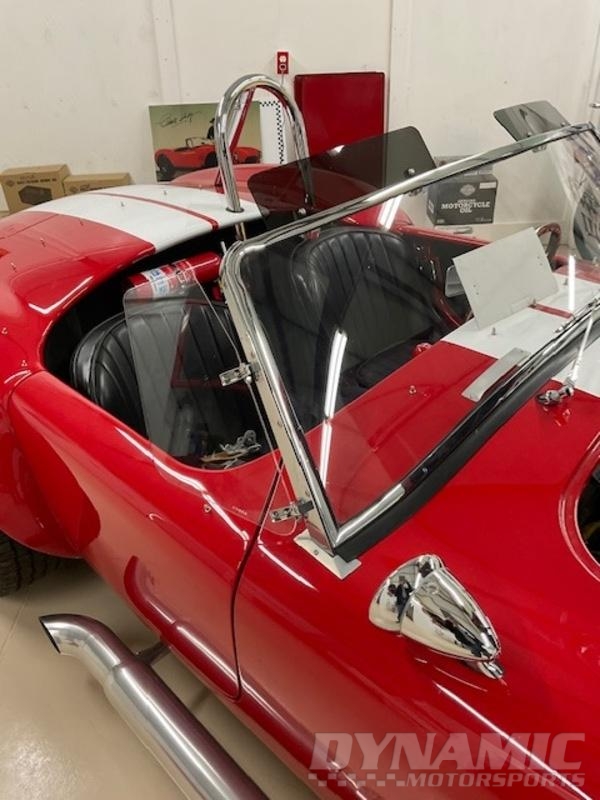 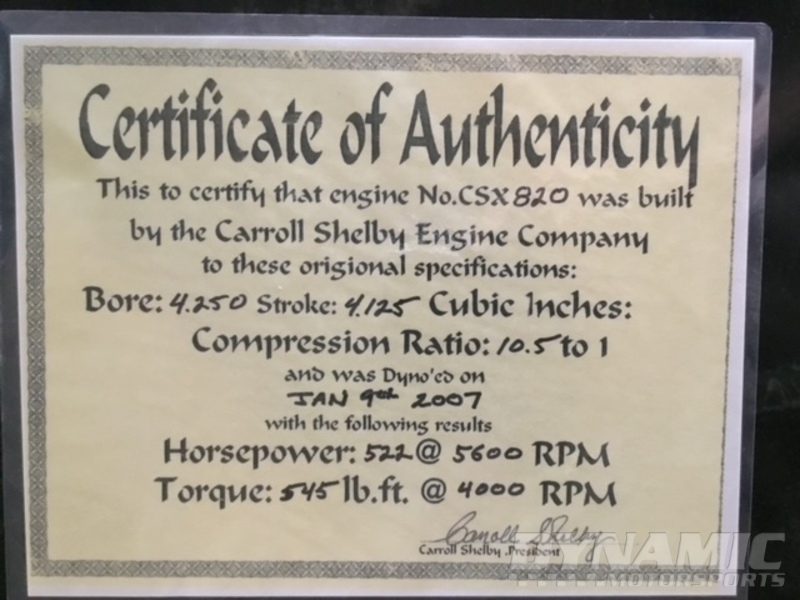 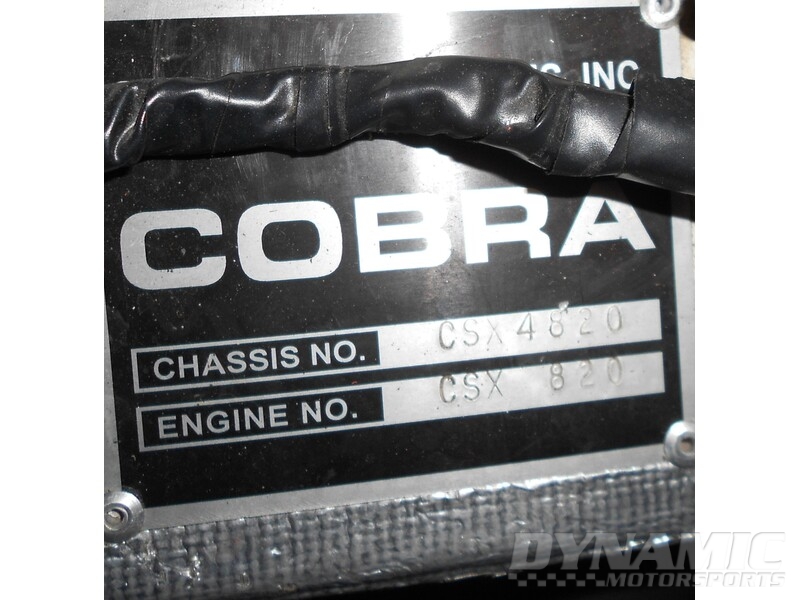 This beautiful, 1965 Shelby Cobra Continuation Series is dialed-in and ready for a new owner.

It was painted by the factory in F1 Red, with Shelby dealer installed white Le Mans stripes buried in clear coat. This one is nicely optioned and equipped with an aluminum alloy, Shelby built 427 side oiler engine, mated with a TKO 600 five speed transmission, 4 wheel Shelby disc brakes, and a 3:54 to 1 Salisbury posi-trac differential with Dana 44 gears. It includes a heater, defroster, fresh air vents in the foot boxes, glove box, door map pockets, Shelby gauges, and an electric aux fuel pump in the trunk along with a primary engine driven fuel pump.

The previous owner garaged this Cobra in Colorado, requiring the installation of a recirculating fuel pump in the tank to prevent vapor lock at higher elevations (over 6,000 ft.).

As the oldest, factory-authorized Shelby Cobra dealer in the world, we've known this one since it was new. A Shelby dealer in Arizona ordered it from the Shelby Factory in 2006 and put it in service as a demonstrator in 2007. We purchased the car in 2013 and sold it to the previous owner, then subsequently to the current owner, who added the white Le Mans stripes and other factory upgrades.

The current owner of the car bought it a few years ago adding it to his enviable collection of performance cars. It has been stored in a climate controlled environment and has been lovingly maintained. This is a stunning example of a 1965 Shelby Cobra 427 CSX4000, ready for a new owner. It's located in Georgia and available for inspection by appointment. Call us at 817-247-1981 to schedule a time to see it.

We deliver classic Mustangs, Shelbys, and Cobras around the US, and the world.

Ask us for domestic and international references.